i guess i was in hiding

Wow, it's hard to think about how long it's been since my last post.  Time that I've been gone has been spent moving and camping. My mom and I went to Stone Mountain State Park on a small camping trip. We got to the park on Friday night, set up camp, and tried to get the fire going. Well, maybe I should say that I threw up my hammock and set up the kitchen area while mom set up her tent solo. Oops, guess I just got excited! 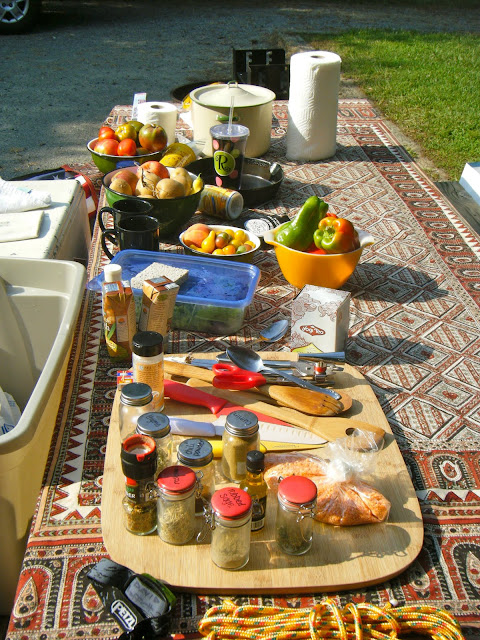 More Borrowed Kitchen
at 7:29 AM No comments:

i never told you about maine...

The trip to Maine was fantastic! We went about a month and a week ago, and I kind of forgot to post about it. Oops.
Anyway, my family always takes turns making dinner. On my night, I knew I wanted chicken, but had no idea what to pair it with. I found some cheese and cilantro that needed to be used before our vacation was over. 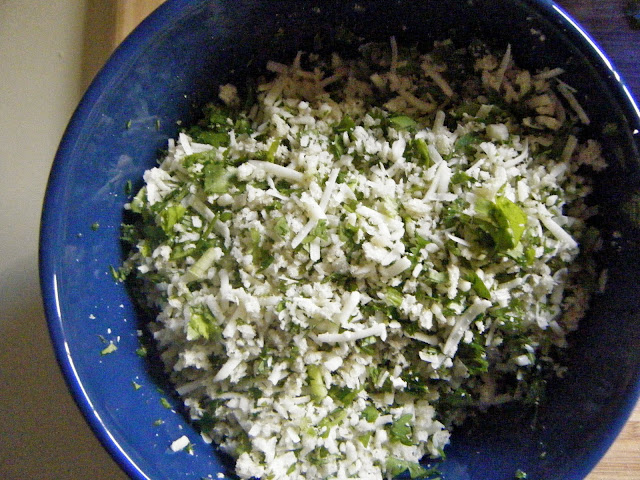 Alas, it is time for my borrowed kitchen location to switch up. In the next few weeks I will be moving in with my friend, C. She lives super close to the farmer's market but further away from my workplace. Closer to the bus station, further away from P. I will not have a lease, which is GREAT because that means I can still borrow her kitchen. And between the two of us we can cook any type of food in the world, I bet.
I do have a problem, though. Leaving P's house means that I will have to change my comfortable living situation. I like living here a lot. The past two months have meant a lot to me. There have been lots of memories.
My dad came for my graduation. It was the first time I had seen him in two years, maybe three. It was great. He traveled for three days across the country to see me graduate. It ended up being a little ceremony with the four grads from the environmental studies program. Dad stayed here only for a few days, but helped me do something really awesome. He helped with the garden.
More Borrowed Kitchen
at 7:03 PM No comments:

so it's been a while

Since I've written. Backpacking research and tomatoes with cream cheese have taken over my computer time. Seriously, the combination of tomatoes, cream cheese, and garlic is one of the best combos ever. Ever. And going into the garden isn't necessarily something that makes me super happy.

Here are some pictures of the garden, though, all along with the craziness of it failing. Ah! Well, it's an experience.

Anyway, here are way too many pictures of the garden. 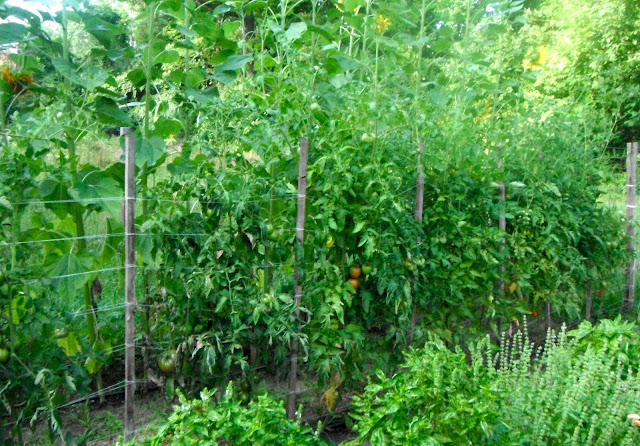 Eggs have always been one of my favorite foods. They also happen to be one of the foods that I am most particular about. When I was little, my mom used to love well-done eggs. In fact, I used to think that she liked them burnt because she liked them so well-done. It made sense, too. Mom liked her toast burnt and her hamburgers charred. At least that's what I thought when I was eight.
One Mother's Day I scrambled some eggs for her, making sure to burn them really thoroughly. There was no liquid left at all, just crispy, brown cracked grossness. I had made Mom just what I thought she wanted! Or not. I found out later (much later) that she really didn't like burnt eggs, just all the way cooked eggs. Oops.
When it comes to eggs I take after my mom. When I make omelets I have to flip the eggs to cook each side. Yes, it makes for a strange omelet that doesn't fold over very well. I have to get creative. Creative omelets can have raw cold veggies in the middle, veggies mixed into the eggs, or my favorite, thick gobs of cheddar holding the veggies, creating a cavity to warm them while the cheese melts. It oozes over the sides of the thoroughly browned eggs. Yum.
More Borrowed Kitchen
at 5:05 PM No comments:

readers? we have a problem.

The Smart car is gone. Bye bye to it. I am now the proud owner of a nice, old Volvo that seriously needs some work done to it. Eh. Why should a new(ish) car have uncontrollable problems with it? Even if I had had it checked out by a mechanic or asked the right questions something is bound to go wrong.
My mom came up a few days ago and played in the garden with me. P was out of town and Mom and I spent most of our time lounging on the stairs. It was wonderful! The tomatoes were looking great and the sunflowers had grown about three feet since I had last been out there. It was like a magical garden where anything could happen. I took some pictures of the garden a few days ago, meaning to post them sooner. I had really great intentions. Mieko absolutely loved the garden. And then I really looked at some of the cucumber plants. Not all of them looked strange, but some of them seemed to be wilting. I very diligently trimmed the wilted leaves off, hoping not to spread anything that might make them wilt. 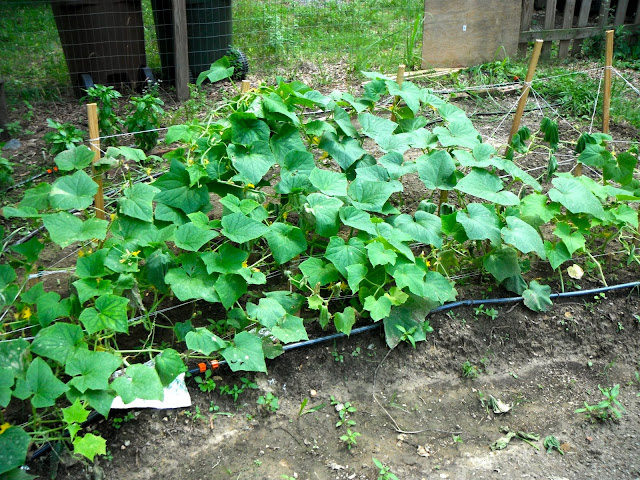 More Borrowed Kitchen
at 4:40 AM 4 comments:

cooking for one pt. 1

While people ate barbecue and roasted their selections of meat in their backyards, I stayed home, watched movies, and did laundry. Even though though the only time I actually left the house was to take the trash out, I still managed to be fairly productive.

I fed the fish, ate two blackberry bars that I completely screwed the recipe up on, played briefly in the garden before it started storming, and made two amazing dishes.

One of them is so simple that it hardly counts as a recipe, but without a recipe, I would never had made it this way. I had one eggplant sitting around from last week's farmer's market. I know last week might not be  the best time to shop for tonight's dinner, but the eggplant was minimally squishy. Still firm where it counted. 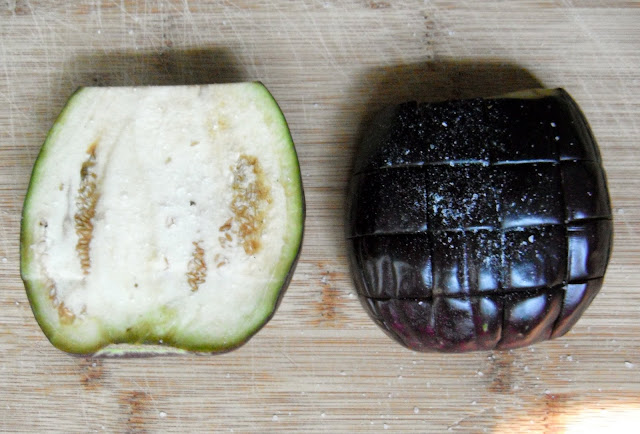 About the Borrowed Kitchen